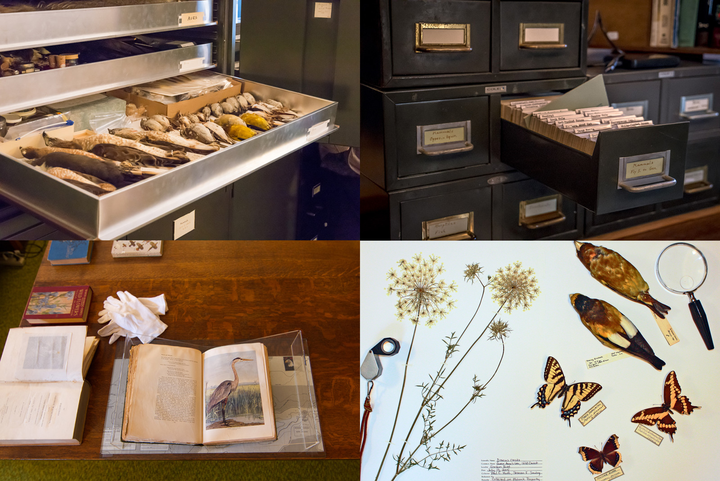 Background For 88 years (1931-present), the Mohonk Preserve’s Daniel Smiley Research Center has been collecting data on occupancy and reproductive success of amphibian species, as well as associated water quality of 11 vernal pools each spring (February to May). Though sampling effort has varied over the dataset range, the size of the dataset is unprecedented within the field of amphibian ecology. With more than 2,480 individual species sampling dates and more than 151,701 recorded individual occurrences of the nine amphibian species, the described dataset represents the longest and largest time-series of herpetological sampling with paired water quality data. New information We describe the novel publication of a paired dataset of amphibian occurrence with environmental indicators spanning nearly 90 years of data collection. As of February 2020, the dataset includes 2,480 sampling dates across eleven vernal pools and 151,701 unique occurrences of egg masses or individuals recorded across nine species of amphibian. The dataset also includes environmental conditions associated with the species occurrences with complete coverage for air temperature and precipitation records and partial coverage for a variety of other weather and water quality measures. Data collection has included species, egg mass and tadpole counts; weather conditions including precipitation, sky and wind codes; water quality measurements including water temperature and pH; and vernal pool assessment including depth and surface vegetation coverage. Collection of data was sporadic from 1931–1991, but data have been collected consistently from 1991 to present. We also began monitoring dissolved oxygen, nitrate concentrations and conductivity of the vernal pools using a YSI Sonde Professional Plus Instrument and turbidity using a turbidity tube in February 2018. The dataset (and periodic updates), as well as metadata in the EML format, are available in the Environmental Data Initiative Repository under package edi.398.