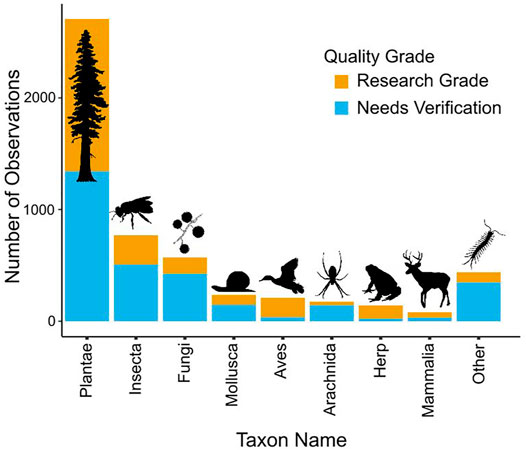 Guided by the six elements of Translational Ecology (TE; i.e., decision-framing, collaboration, engagement, commitment, process, and communication), we showcase the first explicit example of a Translational Science Education (TSE) effort in the coastal redwood ecosystem of Humboldt County, CA. Using iNaturalist, a flexible and free citizen science/crowdsourcing app, we worked with students from grade school through college, and their teachers and community, to generate species lists for comparison among 19 school and non-profit locations spanning a range of urbanization. Importantly, this TSE effort resulted in both learning and data generation, highlighting the ability of a TSE framework to connect and benefit both students and researchers. Our data showed that, regardless of the age of the observers, holding organized BioBlitzes added substantially more species to local biodiversity lists than would have been generated without them. In support of current ecological theory, these data showed an urbanization gradient among sites, with rural sites containing fewer non-native species than urban ones. On the education side, qualitative assessments revealed students and educators remained engaged throughout the project. Future projects would also benefit by establishing quantifiable metrics for assessing student learning from project conception. Throughout the project, the fundamentals of TE were followed with repeated interactions and shared objectives developed over time within trusted community relationships. Such positive human interactions can lead new naturalists to think of themselves as champions of their local biodiversity (i.e., as land stewards). We anticipate that such newly empowered and locally expert naturalists will remain committed to land stewardship in perpetuity and that other scientists and educators are inspired to conduct similar work.